Ten Foodservice Trends to Watch in 2021

To break down the top beef and pork flavors to look for this year, our team studied the data and for recipe inspiration, we went straight to the experts themselves: chefs. Without further ado, feast your eyes on foodservice’s future!

Korean inspiration is finding its way onto menus everywhere.

Korean cuisine popularity is gaining steam across all U.S. cities, and it’s beginning to make appearances on mainstream menus across the nation. Korean barbecue gave birth to many micro-trends which can be easily incorporated into more traditional menus.

Whether it’s marinating meat in gochujang or topping sandwiches with kimchi and quick-pickled veggies, Korean fusion looks like it will be a top trend for 2021. The sweet, savory and spicy flavors of Korean barbecue make it perfect for beef and pork dishes such as tacos, burgers and ribs. 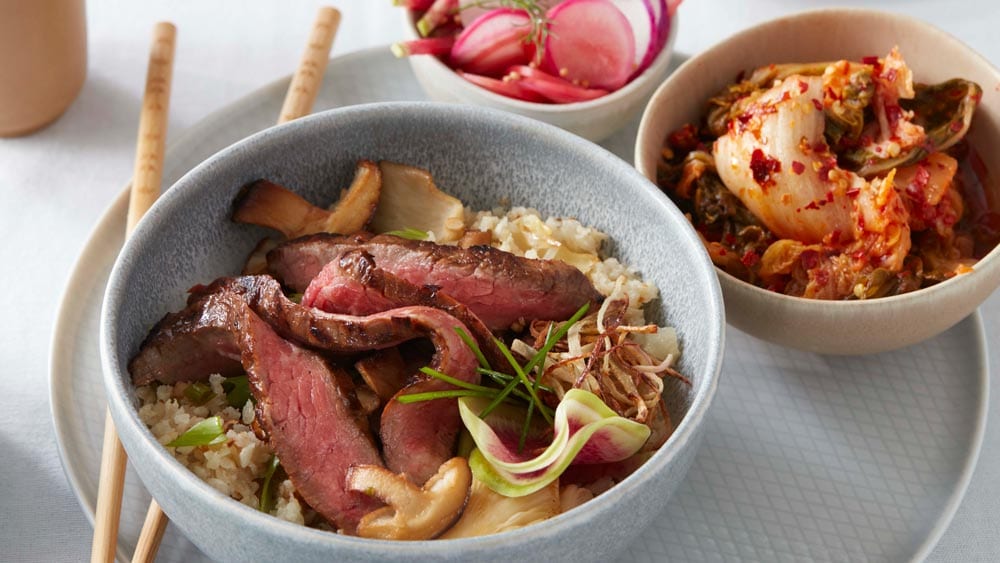 Instantly elevate any dish with the funky flavor of black garlic.

It’s not the everyday garlic we all rely on to give dishes a punch of flavor. No, black garlic is an entirely different animal. Tasting of molasses, balsamic vinegar and prunes, this soft, aged garlic has loads of umami that transforms dishes the second it touches them.

Black garlic can be used anywhere you’d typically use traditional garlic, but it really shines on dishes that need a sweet, earthy twist. Try infusing butter with black garlic and brushing it over short ribs, mince it for beef and pork marinades or sprinkle its powdered form on proteins for some extra umami kick. 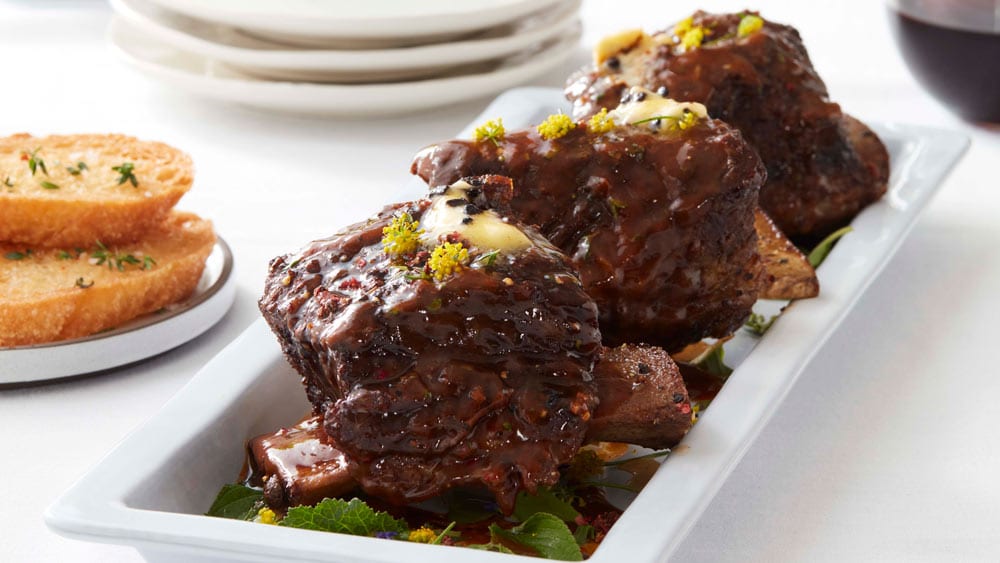 Keep Calm and Carry Out

Even as the pandemic slows, takeout is here to stay.

COVID-19 forced both consumers and restaurants to adapt to a takeout-centric way of dining, and research shows this trend will stick around long after the pandemic subsides.

For those who have cracked the carry-out code, it can be an additional revenue stream for restaurants once they begin operating at full capacity. 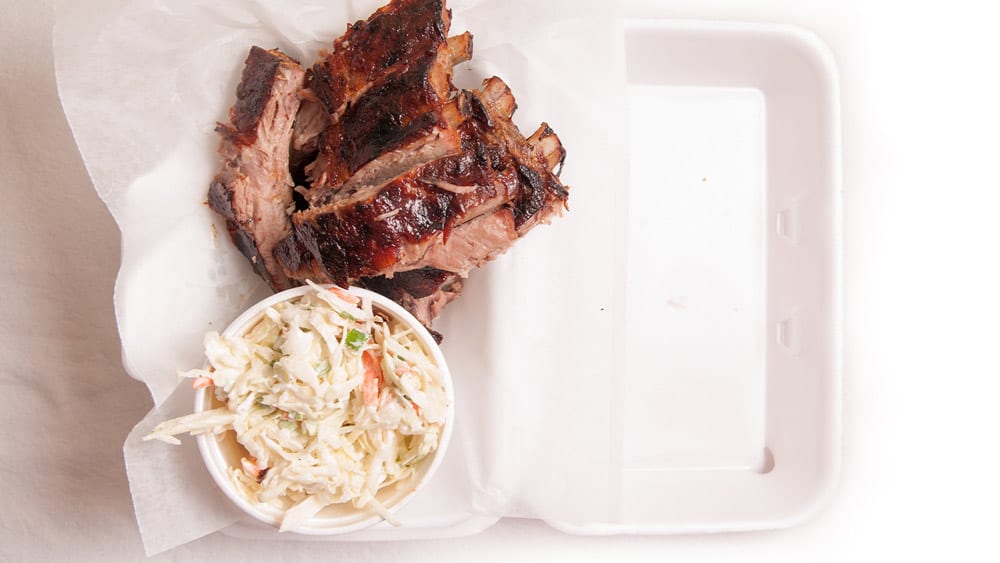 Waste Not, Want Not

It’s time to add underutilized beef and pork cuts to your menu.

When it comes to win-win situations, nothing fits the bill quite like putting uncommonly used cuts of beef and pork on the menu. 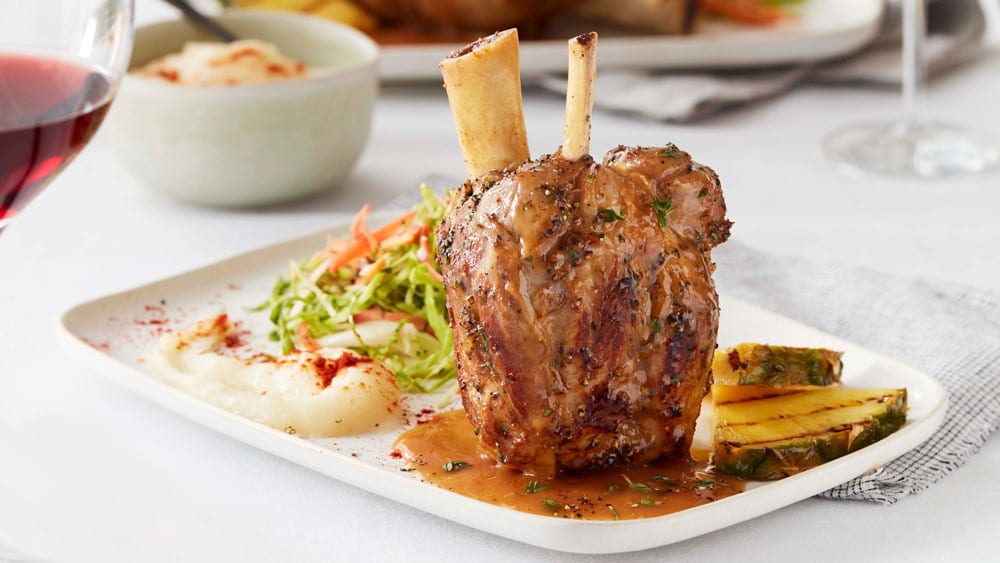 Life is Just a Bowl of… Anything, Really

Convenient and completely customizable, bowls are evolving as a trend.

Bowls are on the menu of just about any trendy restaurant you walk into these days. And there’s good reason why — they satisfy three emerging customer demands: health, convenience and customization.

With a base of rice, ancient grains, leafy greens or noodles paired with beautifully seasoned pork or beef, bowls give chefs the opportunity to let ingredients shine while putting consumers in the driver’s seat. Plus, they’re the perfect vehicle for any cuisine from breakfast to poke. 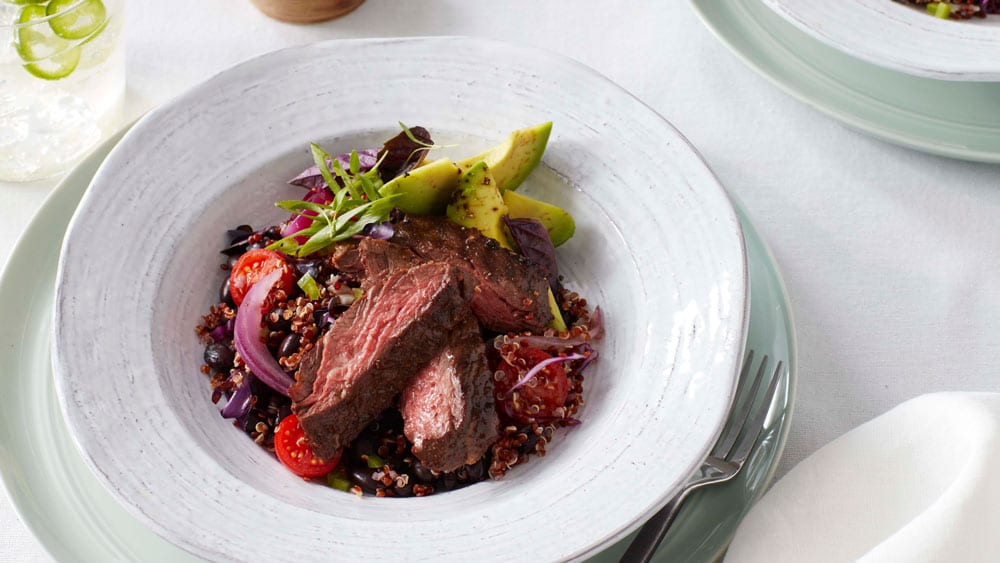 Hard to Describe, Easy to Love

In Japanese, umami roughly translates to “deliciousness” — and for good reason.

Recently earning a place among the four basic tastes we all learned as children, umami now sits in the ranks of sweet, salty, sour and bitter. But what is umami?

Simply put, it’s the flavor that makes beef and pork more palatable than say, a stalk of celery. While umami occurs naturally in meat, umami-rich pairings such as aged cheeses, bacon and mushrooms bring out even more delicious protein flavors.

Meaty and savory, umami is a flavor that’s often copied, but rarely replicated by plant-based dishes. If you’re looking for umami, you’re better off putting beef or pork on the menu. 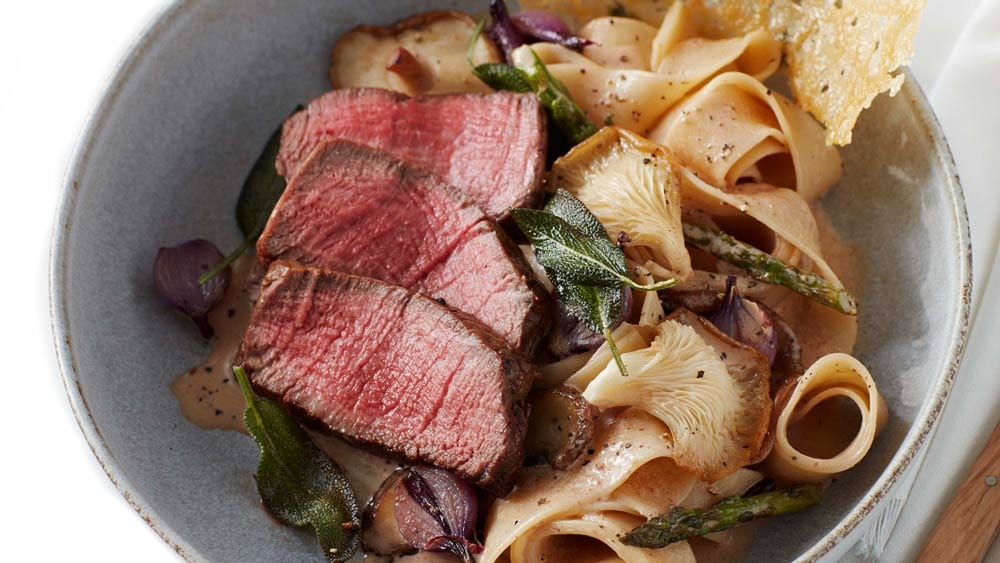 Eats in the Middle East

While not all menus can handle the bold flavors of lamb shawarma, every restaurant can take a page or two from the Middle East’s cookbooks. With an abundance of aromatic herbs, enticing formats like skewers, and exciting spices such as sumac and bahārāt, you can bring Middle Eastern elements to any menu item. Even a simple addition of a yogurt dipping sauce can take a run-of-the-mill dish to new Middle Eastern heights. Za’tar fries and spiced pork kebabs with pomegranate seeds, anyone? 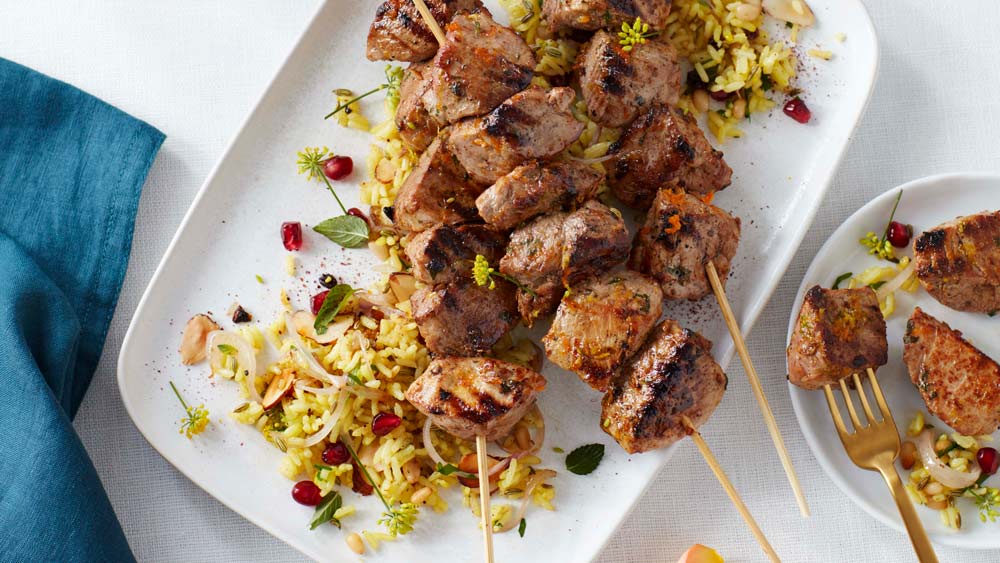 Let There Be Brunch

It’s not just for 11am on Sundays anymore.

Consumers are gradually rejecting the convention of designated times for breakfast, lunch and dinner — and that’s good news. Year after year, brunch has continually seen increases in popularity. Why limit that success to weekends before lunch and dinner service?

All-day brunch service and incorporating breakfast items into dishes traditionally eaten for dinner is a trend you can expect to see heading into this year. With more succulent beef and pork incorporated into breakfast and decadent, luxurious egg yolks elevating evening-diner’s plates, we’re not complaining. 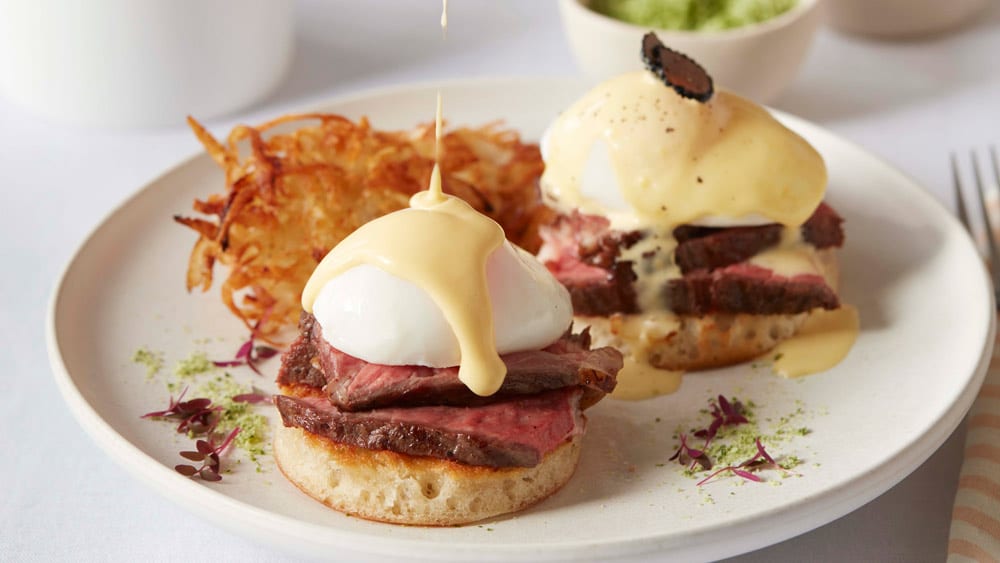 If we learned anything about Sriracha, we know it’s best to be ahead of the condiment curve. Research shows that 2021’s up and coming condiments include tahini, chili crisp and hot honey. And as far as sprinkling seasonings go, it’d be smart to stock up on nutritional yeast (it’s not just for vegans anymore), everything bagel seasoning and a hefty dose of furikake. The word “furikake” translates to “sprinkle over” in Japanese, and it delivers on its name. It’s perfect sprinkled over pork for an extra savory finish. 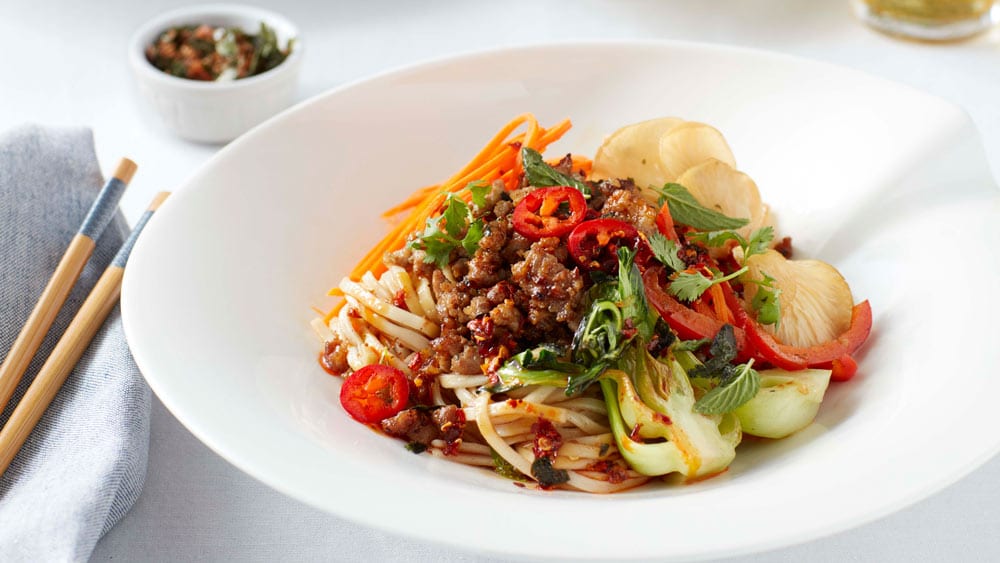 Can You Be More Specific?

The seven regional cuisines of Mexico couldn’t be more different.

Gone are the days of nondescript “Mexican food.” There are seven different regional cuisines of Mexico, and modern-day foodies are interested in trying all of them.

From the North Pacific Coast’s savory beef birria and pork pozole stews to the South’s incorporation of fruity flavors like tamarind to juicy meat dishes, there’s no excuse for only offering up typical Tex Mex. 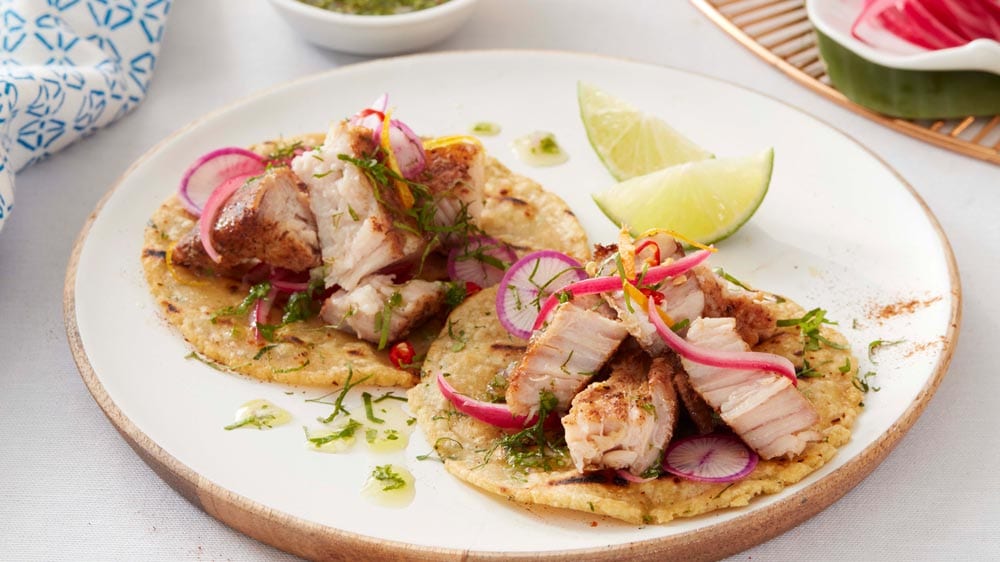 Innovation and exploration doesn’t stop here. To learn about all the exciting things Tyson Fresh Meats is bringing to the foodservice industry, make sure to check out our site. 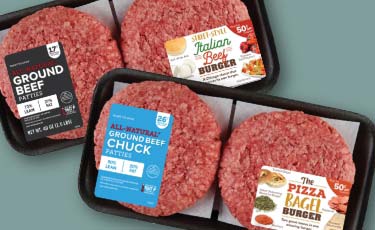 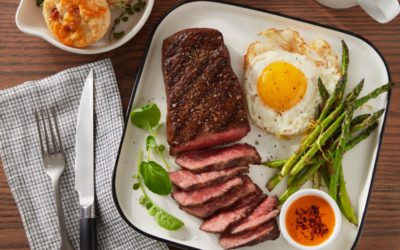 Wow Guests With These 3 Underutilized Steaks 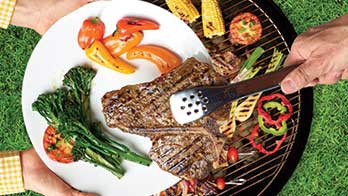 Grilling Season on the Rise 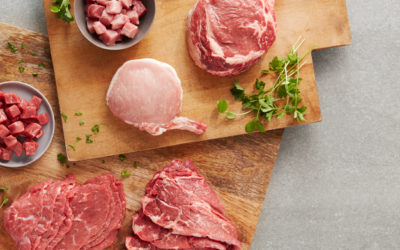 Reap the Benefits of a Portion Cut Program 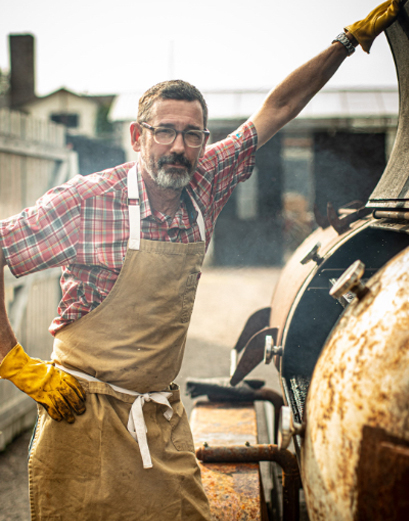 Tuffy’s classical French culinary training and precision earned him the nickname “The Professor.” Along with operating his own restaurant and catering business, he also authored the cookbook “Cool Smoke: The Art of Great Barbecue.”

As the head cook of the Big Poppa Smokers BBQ Team, Sterling has racked up more than 140 first place trophies, getting inducted into the California BBQ Hall of Fame along the way. 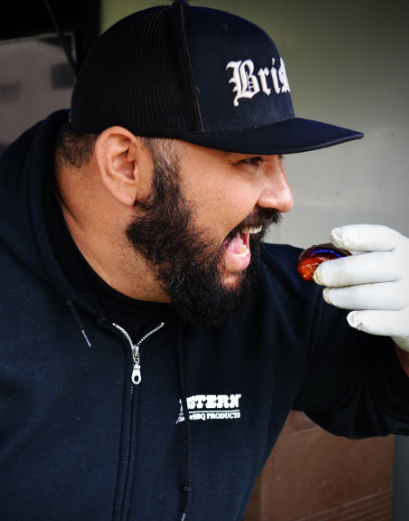 A butcher by trade and owner of Rio Valley Meats in Weslaco, Texas, Fred was named the 2019 American Royal World Champion and 2019 National BBQ Grand Champion.

Justin’s team, Lucky’s Q, has competed in nearly 200 events, with notable wins in the Sam’s Club National Championship and King of the Smoker competitions.